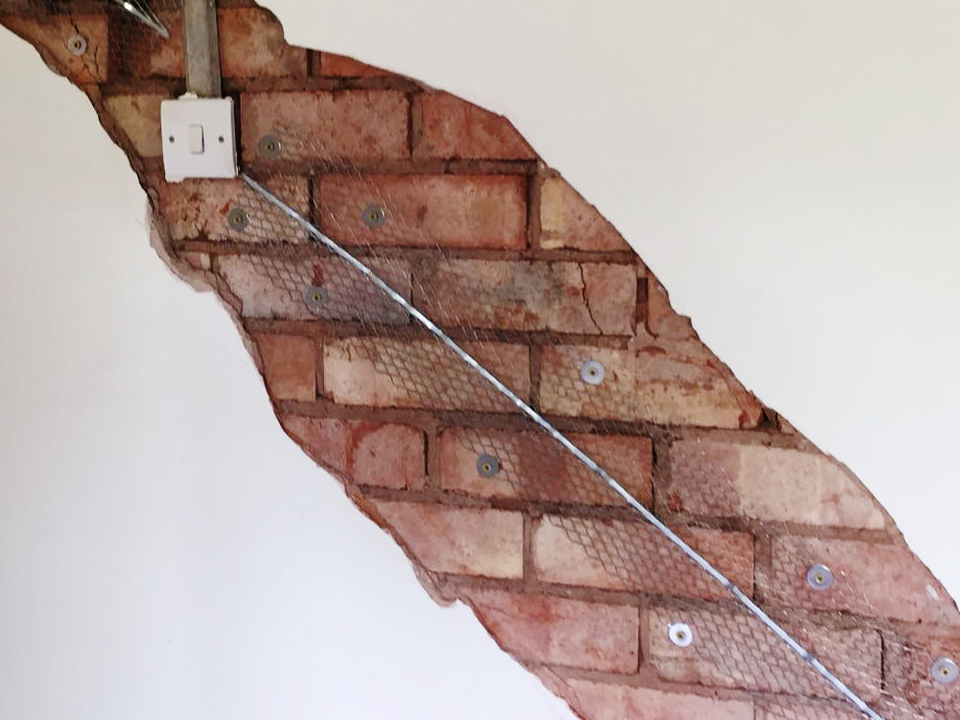 After noticing some cracks both internally and externally, Mr Clarke instructed a structural engineer to provide a report for his property. The property is a semi-detached house built circa 1935.

Movement to the right and left hand side of the bay window at the first floor level, was noted.

Cracks were noted above the patio door.

An RSJ lintel has been installed between the lounge and the dinning room and hairline cracks above , were noted.

Structural strips fitted to the bay window, then lath and plastered

The front purlin needs to be slate packed against the party wall and a metal plate to be installed between the gallows bracket and the chimney breast.

Following the structural report, Ian visited the Mr Clarke to complete a site survey of the highlighted areas and produced a free quotation and recommendations for the repairs.

The work took 2 days to complete, with workmen paying particular care and attention to keeping the property clean and tidy throughout the project. Removing old materials as they worked and making sure the house was tidy each day before they left.

Mr Clarke was very happy with the outcome and the duration the project had taken to completion. He wanted to complete the structural works before he could completely redecorate.

© Zest Virtual Solutions 2018.
We use cookies to ensure that we give you the best experience on our website. If you continue to use this site we will assume that you are happy with it.Ok